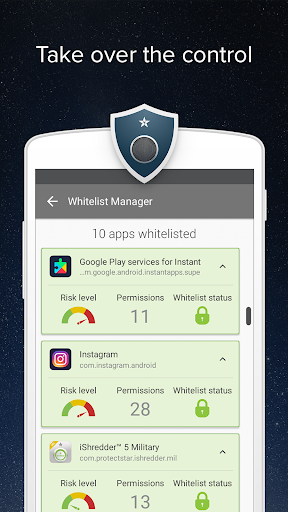 ★★★★★ Innovative and Microphone Blocker
★★★★★ High-Secure Microphone Protection
★★★★★ Micro Guard™ makes sure that no hacker, spy or malware can listen on you.
★★★★★ Prevent spying
★★★★★ blocks and observes all apps and processes that try to access the microphone of your smartphone
★★★★★ The intelligent Deep Detective™ detects even previously unknown attacks.
★★★★★ ProtectStar™ apps are preferred by more than 1.000,000 users in 123 countries

ProtectStar's Micro Guard™ makes sure that no hacker, spy or malware can listen on you. With just one single click the integrated microphone of your Android™ smartphone will be completely protected.

Prevent spying
===========
Not only millions of users, but also founder of Facebook™ Mark Zuckerberg and FBI-chief James Comey tape over the webcam and microphones of their devices.

With good reason: Everything and everybody is spied on! We know this since June 2013 when the first NSA documents were revealed by whistle-blower Edward Snowden. Since then increasingly threatening details are being constantly uncovered. But not only have hackers found solutions to misuse the integrated microphones of mobile devices without a warning signal to the user, but also the latest malware is highly dangerous, because it specifically targets control of the integrated microhpone to listen on the users.

Hear nothing – For those who should not
===============================
With only one click the protection is activated and Micro Guard™ blocks and observes all programs and processes that try to access the microhpone of your smartphone. Every attempted security breach will be reported with a signal.
To further prevent manipulations, the individual settings of the software can be secured with a pin that is especially secured by a hacker safe protection.

While all accesses and warnings are conveniently protocolled in the log file, the intelligent Deep Detective™ detects even previously unknown attacks.

Deep Detective™ permanently controls which process or app currently attempt to access the microphone. Additionally it reports known – and thanks to modern heuristic methods – also unknown attack attempts.
Every possibility to spy on you is proactively restricted from hackers, spies and Trojans.


An ideal combination
================
Micro Guard™ can, especially with activated Deep Detective™, be used ideally in combination with other existing security solutions like anti-virus scanners or firewalls. And it works perfectly together with ProtectStar's Camera Guard™ for Android™ that blocks also the integrated camera of your device.

Anti-virus scanners and personal firewalls have already been stretched to their limits for years: With Micro Guard™ you surpass those limits, because the software observes and secures specific hardware components that couldn’t be protected by modern security solutions – until now! 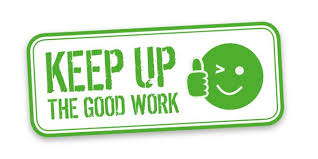